"Words come to me in dreams" 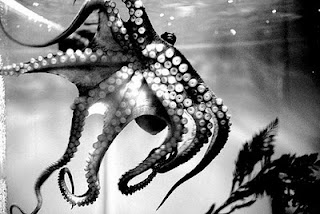 Not su much television. Radio, particularly the car radio, and isolated sightings of some hot word I'd see in a book or a magazine. I was never that affected by television. I didn't even have a TV as a kid. I didn't get one until I was seventeen. Our family just didn't have it, so the TV Age skipped med. I rarely think about it as a vehicle, whereas other forms of mass communication, I do -radio, movies, even dreams. Words come to me in dreams. If I do remember sentences, I have to write them down instantly or they're forgotten five seconds after I'm out of bed. I'm going to forget them unless I absolutely sit down and write them. There is some wicked truth behind dreams. They are so out of your control. They're involuntary. There's got to be some protein to them, something important happening in dreams -especially the words that come out of them. It's a diabolical time.
Posted by Guillermo Núñez at 8:42 AM